Hong Kong cinema, I believe, is completely different to mainland Chinese cinema. There are a number of fairly obvious reasons why and probably the biggest is Hong Kong’s long colonial history under British rule. Hong Kong cinema had almost no government funding and filmmakers were therefore free to produce the products that they wanted, which were commercial in the main, as all funding had to be raised in the private sector.

For many years Hong Kong cinema proliferated, coming third in world output after Indian cinema and Hollywood. With Hong Kong’s return to China in the mid-90s, film production has continued to dominate and produce a distinctly different form of cinema. These films are made in Cantonese and Mandarin for East Asia audiences. Below are five films – in no particular order – that everyone should see as they typify the long and rich history of Hong Kong filmmaking.

This was Bruce Lee’s final film before he died at the age of 32. This film has often been described as the greatest martial arts film of all time and it’s also the first Hong Kong martial arts film to be produced by a major Hollywood studio – Warner Bros. Bruce Lee plays a Shaolin martial arts expert who is invited by the evil Mr Han (Shih Kien) to a martial arts competition on a remote Island. ‘Enter The Dragon’ involves plenty of action, treachery and revenge and with Lee at the fore – an incredibly charismatic actor – the action scenes are outstanding. You’ll need to be forgiving because some of the dialogue is weak and the dubbing is at times terrible, but ‘Enter The Dragon’ is well worth a watch.

Martin Scorsese loved this film so much that he had it translated and made into Oscar gold in the form of ‘The Departed’. The original though, is a taut thriller involving a new police officer who goes undercover in the triad, and a gangster who joins the police force as a mole reporting back to the triad boss. Although Scorsese’s effort is identical in story and content, it omits the incredible gun fight scenes that are carefully choreographed and particular to the Hong Kong original.

This film features some of the most successful actors ever to grace Hong Kong cinema. Set in Hong Kong and the Philippines in 1960, Yuddy (Leslie Cheung) is a playboy, renowned for breaking hearts and avoiding any commitment. He finds out from the alcoholic ex-prostitute who raised him that she is not his mother and she refuses to tell him who is. This sets Yuddy on a search of discovery. A different kind of discovery to the one we’re imploring you to take, but a riveting one all the same. 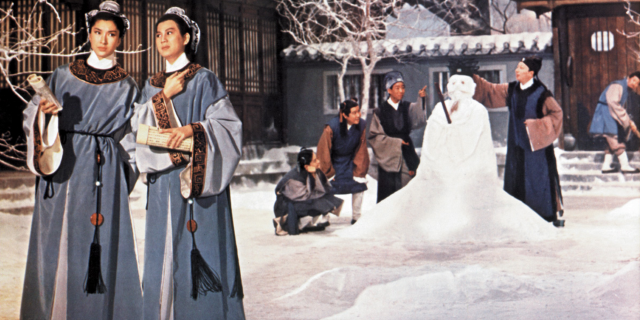 In this instance, the history and the power of the Shaw Brothers studio in Hong Kong cannot be underestimated. Produced by Run Run Shaw during the Golden Age of Hong Kong cinema, this film was a big deal on its release. Coming from a background of opera and theatre production, the three Shaw brothers dominated everything cinematic in Hong Kong for several decades. Probably not everyone’s cup of tea, but this is a little gem of a film even if you hate musicals (which I do vehemently).

Available: I’m not sure where – on US Netflix and a few download channels – fairly rare but worth seeking out.

This film made Quentin Tarantino cry, simply because he was “happy to love a movie this much”. That aside, this is very much a film lover’s film. Arty, cerebral and highly stylised – the film incorporates two discrete love stories featuring Faye (Faye Wong) and two lovesick policemen that have been jilted. A great soundtrack and defining foreign language film of the 90s with a bunch of awards; ‘Chungking Express’ is slightly strange and totally captivating.

So, if you thought the films of China and Hong Kong were one and the same, think again. Check out these films and then say a big thank you to Wan Tyszkiewicz for introducing you to the magic of Hong Kong cinema.